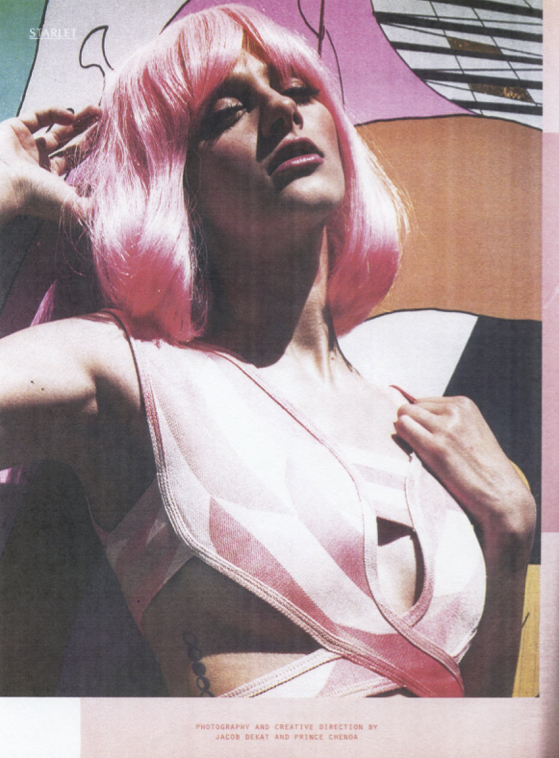 In order to prepare for her upcoming role in the fantasy-drama musical Jem and the Holograms, Aubrey Peeples is getting down to business in the best way possible – by watching an extensive amount of movies. No stranger to hard work, Peeples has twice-deferred from Harvard to pursue her acting career. She’s a 21-year-old from Florida known for starring in the wildly popular NBC series Nashville. Now as she prepares for her next role, she tells Galore about her most and least favorite movies and how she’ll choose between Leo DiCaprio and Johnny Depp.

Galore: What’s your favorite movie to watch when you’re sad?
Aubrey Peeples: My instinct is always to watch a Woody Allen movie, but I usually end up sadder than before. There is always The Lizzie McGuire Movie…

G: What’s the first movie you remember seeing?
AP: I think it was The Lion King

G: Who was your first actor crush?
AP: This doesn’t really count, but Mr. Clean. He was the first “person” on TV I had a crush on. I was a strange child.

G: Leonardo DiCaprio or Johnny Depp
AP: I choose What’s Eating Gilbert Grape, so I get to have both.

G: What’s the worst movie you’ve seen in theaters?
AP: The Room! Keep your stupid comments in your pocket!

G: What’s one Rated R movie you remember dying to watch as a child?
AP: Saw

G: What movie gives you nightmares?
AP: The ones I’m in. Months after I wrap, I usually get a few recurring dreams where I’m back shooting and mess something huge up or get fired.

G: What movie do you wish you’d been the lead actress in?
AP: Pulp Fiction, duh.

G: Who plays you in the movie of your life?
AP: I would really like to fool people into thinking I’m as cool as early 2000’s ScarJo or 90’s Winona Ryder. Either is acceptable.

G: What’s the most exciting part about working in the entertainment industry
AP: Getting to do something that touches so many people. We all just want to make an impression on someone, right? I like the quote from Reality Bites: “I’d like to somehow make a difference in people’s lives. And I… I would like to buy them all a Coke.”

G: How do you work on becoming the best actress you can be?
AP: By training constantly. I go over just about everything I work on with my acting coach, Kimberly Jentzen, and fit in extra lessons whenever I can. And of course, by watching an excessive amount of movies.