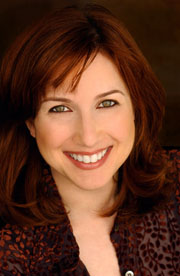 She won Back Stage West’s Readers Choice Award “Favorite Acting Coach” in 2008, “Favorite Acting Coach/Teacher” in 2007, and “Best of” in the category of acting coach in 2006. She has been coaching actors for twenty years in Los Angeles and has coached courses throughout the United States from Seattle, Washington to Fort Lauderdale, Florida to San Diego, California.

Kimberly won a Finalist Award from The New York Festivals and an Honorable Mention from the Film Council of Greater Columbus for her film Of Earth & Sky. She earned a Finalist Screenwriting Award from Outfest Los Angeles for the Civil War screenplay Laurietta now titled The Georgia Boy.

Highlights of her stage directing credits include Brunch with God at the Powerhouse Theatre, The Post Oscar Showcase for Women in Film at the Pacific Design Center, Cassatt and Degas: Unfinished Canvas at the Hudson Theatre, and the hilarious comedy Personal Space Invaders which was a finalist in the 2006 One Act play festival at the Secret Rose Theatre. She has developed, directed and coached several one-person shows including having the honor of working with Yolanda King on her homage to her father Martin Luther King Jr., entitled Achieving The Dream.

Kimberly earned her B.A. from UCLA in Theater Arts and a M.A. from the University of Santa Monica in Spiritual Psychology. She trained as a triple threat (actor/singer/dancer) from age 9 to 29. Her extensive acting training includes American Conservatory Theatre in San Francisco, American Center for Musical Theatre at the Los Angeles Music Center, and studies with Nina Foch, the Stanford Meisner technique, Rudy Solari, Michael Shurtleff, Harvey Lembeck and Roy London. Kimberly was most influenced by her work with both mentors George Shdanoff from the Michael Chekhov Technique and Delia Salvi from the Strasberg Technique.

As an actor she worked in films, television, stage and commercials; once reviewed as having “more verve than the rest of the cast combined,” by the Los Angeles Times. She has published two books of poetry: Catching Light in a Looking Glass and Life Is …

“I began coaching my fellow actors on the 4th floor in the high stairwells of the Dorothy Chandler, this was during my training at the Music Center in Los Angeles. We would stick a dance bag in the doorway stairwell so we wouldn’t be locked out and I would sit on the railing – you can imagine how high that was, my feet tucked under the bars and we would use that little space to work a scene.“

Jentzen has also on-set coached feature films, a hit series and many, many showcases, too numerous to mention. For many years she has been a teacher and on the committee of the SAG Conservatory where she conceived and produced the special event, For the Love of the Art.

For the past three years she has dedicated every spare moment to writing her book, Acting with Impact: Power Tools to Ignite the Artist Within, which is a must read for every actor and will be available soon.