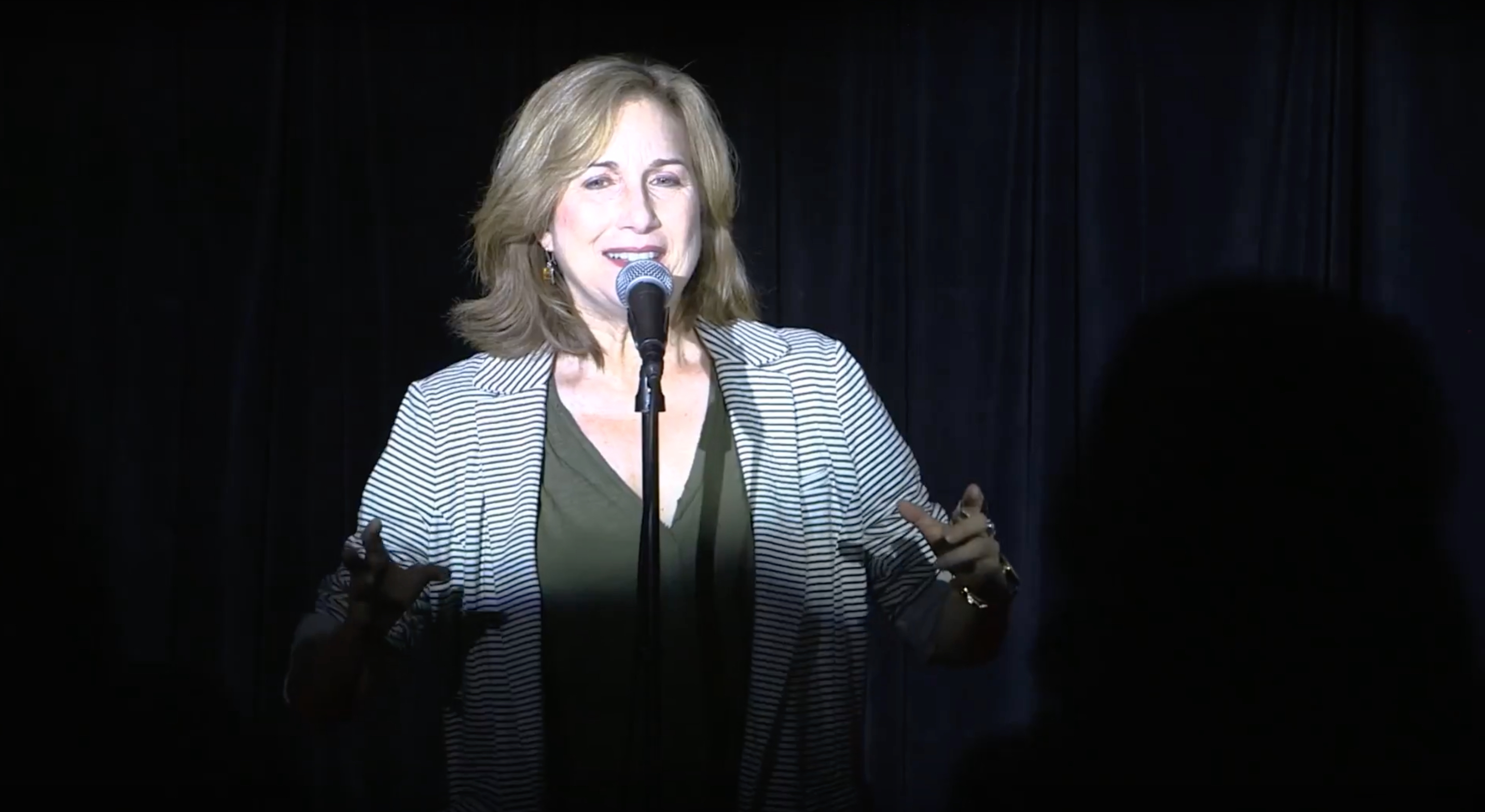 Once in a blue moon I do something to test myself. I test how strong I am, or my fearlessness, or this time, my ability to still do what I teach. I think testing is good for the soul. And when you test, you are looking to see if you are capable of something. And it’s fun if you succeed. And if you don’t, then it becomes a moment to learn and grow.

So this is how it happened…

I was chosen to share a personal story from my life with five other women from the Alliance of Women Directors for the “Shoot ‘Em Up” project.

It’s a project that has a three-part evolution, from story to screenplay to film. One person tells a story (that’s me), the next person writes a script from the story, and the next person directs the film of that script. Kind of like a game of Telephone, only making a film that way.

Each of us was asked to pick two of the three positions. And since I just finished directing Anne Frank Meets God, I chose to tell a story or write a script. Those who picked “tell a story” were asked to pitch the story in a logline and… my story was chosen.

I wrote the monologue on a Sunday night, memorized and rehearsed it in between classes and coaching to perform it on a Thursday night, four days later, at the El Cid in Hollywood.

Performing this piece brought me back to the good ol’ days when I was an actor, and because I had to learn it so fast – about 1,200 words in four days, I don’t know what I would have done without the Power Tools. They helped me so much as well as greatly assisted me on the memorization.

The main Power Tools I used were Images, Moment Before, The Objective, Emotional Content, and Listening. I really did listen to my audience and their responses. Listening reinforced the beats I took.

This is the first time I’ve shared this story. I rarely share intimate details about my life, but here it is – a story from my childhood that at that time gave me strength.

I’d love to hear your thoughts, and also, I hope you enjoy it!